New Year's Resolutions for Everybody--EVEN ME!

I think of myself as more "normal" now, not altogether damaged by the stroke, thanks to the help of my therapist, Theresa, who says, "Everyone is damaged. It's called 'being human.'" I believe her now. And thus, even though I write the blog "The Tales of a Stroke Patient," I'm not as damaged as I thought. I now say, "Damage is a state of mind." I believe that, too.

I call this post "New Year's Resolutions for Everybody" because I think of myself as just a human now, one of the bunch, not especially damaged, struggling with life's obstacles put in my path to make me stronger. "Deal with it," I now say to myself. "Get over it." "Stop it." Expressions like that. So now, having my life almost in order (I'm still seeing Theresa though), on with my resolutions! As my mindset has changed, I promise myself: 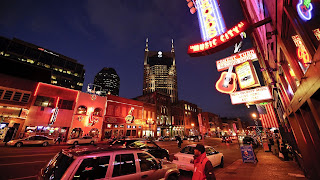 #1: to revise my bucket list to include things, with assistance, like shopping and visiting favorite people in New York and traveling across the United States. In fact, I'm going to travel in the spring, headed for Nashville again, my favorite place to be with the Grand Ol' Opry's headliners, musicians filling the streets on Broadway, and southern cooking everyplace.

#2: to lose the 20 lbs I gained and stay thin forever. I realized the weight gain when I attempted to stand up from the sofa and it took me two tries. It's only a 20-lb loss to achieve my goal, but a thin person can move around a lot easier. But you already know that. Just before I got out of the hospital after 15 weeks in, I thought I was totally familiar with the layout of the therapy rooms. But much to my surprise, hidden behind a support column, I discovered a full-length mirror I hadn't seen before. I was surprised to see how a 20-lb loss made such a difference in how I looked and moved. I'm determined to do that again. 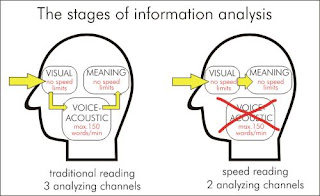 #3: to read faster. I had double vision right after the stroke that lasted for about 6 weeks. I covered my good eye to get the weak eye stronger and it worked. Now 6-1/2 years after, I read like I always did, reading every word like a recitation, but I want to improve the speed. I'm forcing myself to take in a group of words now and reading it all at once. Look at the picture to the right that explains the power of the brain. It takes practice so it rates as a resolution. 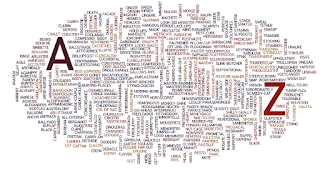 #4: to use a new word every day, especially with dysarthria. There are several websites that offer word-a-day options. 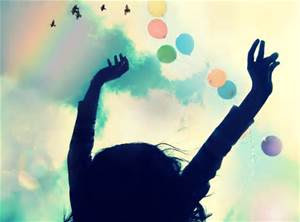 #5: to enjoy the moment--any moment. I don't know when it exactly happened, and it wasn't recent, but as soon as I accomplish something, I'm on to the next thing. The memory fades. (I don't do that with friends--only experiences. I like those people that I consider friends). But let me give you an example. My second book, The Tales of a Stroke Patient, was published in 2012, and the next day, I lost the excitement and thought about the next book I would write. So in 2016, I'll concentrate on being happy in the moment. (My guess is I will not keep this resolution because "finding the next thing" is part of my personality. But I'll try).

Last year, I did 10 resolutions, and the year before that the same. I'm not tired of writing now, just satisfied with the new resolutions. Send me yours if you have a chance.

So this will be it until next year, just 12 days away. Happy New Year to all those who celebrate it. If you don't celebrate it, you're not missing much. It's the biggest non-event of the year! But resolutions, on the other hand, last the whole year. I have until December 31, 2016, to satisfy each of them. If I don't, so be it. Resolutions are between me and, well...me!
Posted by Joyce Hoffman at 11:53 PM 2 comments:
Email ThisBlogThis!Share to TwitterShare to FacebookShare to Pinterest

Dementia, Alzheimers and Stroke Survivors: Is There a Connection? 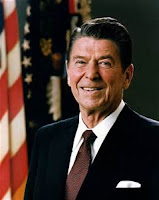 I always wondered, if Ronald Reagen, the 40th President of the United States, could get Alzheimers, with a plethora of decisions and strategies he had to accomplish, then anyone could get Alzheimers. When he died on June 5, 2004, at 93-years-old, it was pneumonia that killed him, a complication of Alzheimers. He wrote in a public statement early on in the disease in 1994, "Unfortunately, as Alzheimer's disease progresses, the family often bears a heavy burden." And indeed it does. My mom had Alzheimers.

Age is known as the most significant factor for dementia, the early stage of potential Alzheimers. Though it is uncommon to get dementia before 65, it happens. After 65, the likelihood of developing Alzheimer's disease doubles about every five years: 1 in 14 people over the age of 65 and 1 in 6 over the age of 80. The risk factors include increasingly higher blood pressure, changes in the immune system, and an increased incidence of some diseases including stroke.
But what is the reason, I ask. As it turns out, there are multiple reasons.

2. People who have had severe head injuries are at increased risk of developing dementia. STROKE SURVIVORS ARE CONSIDERED BRAIN INJURED.

3. Diet can affect people's risk of developing many kinds of illnesses, including dementia. Too much saturated fat (read the labels) can cause narrowing of the arteries, making stroke more likely. STROKE SURVIVORS OFTEN ATE TOO MUCH SATURATED FAT.

5. Smoking has a disastrous effect on the heart, lungs and vascular system, including the blood vessels in the brain. STROKE SURVIVORS OFTEN WERE FORMER SMOKERS.

6. Drinking alcohol in excess increases the risk of developing dementia and ultimately Alzheimer's. However, research suggests that light amounts may protect the brain against dementia and keep the heart and vascular system healthy.
STROKE SURVIVORS WERE SOMETIMES HEAVY DRINKERS. 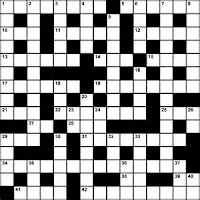 (There is little research that "brain games" such a crossword puzzles lighten the risk of getting a stroke or of developing dimentia. Remember Reagen? He had to do a lot of thinking when he was President, like ending the Cold War).

And then there are the rest of us, who don't why the stroke occurred at all. I'll take a guess that what caused my stroke all began with an antibiotic. But I don't really know.
(http://stroketales.blogspot.com/2014_07_03_archive.html)

So the takeaway is this, to avoid a stroke or any other complication such as dementia or Alzheimers:

Do you know anyone who suffers from depression? Suggest a therapist.

Do you know anyone who is involved in activities that could cause head injuries? Get another activity.

Do you know anyone who eats junk food? Tell them the risks.

Do you know anyone who doesn't exercise? Urge them to get off their butts.

Do you know anyone who smokes? Advise them there are medications to stop.

Do you know anyone who is a heavy drinker? Encourage them to lighten the load.

I know, I know. Easier said than done. And they may still get a stroke or dementia or Alzheimers. But there's no harm in trying. Strokes suck. But so do the other two.
Posted by Joyce Hoffman at 7:03 PM No comments:
Email ThisBlogThis!Share to TwitterShare to FacebookShare to Pinterest
Newer Posts Older Posts Home
Subscribe to: Posts (Atom)