First Impressions of Portland, Oregon, aka Welcome to Whackyville

I am in Portland, OR, now, which is a new beginning for me (at close to the big 70) because I have always lived and worked in or near Philadelphia, PA, which is 3000 miles from where I am now. But here I am, close to one of my sons in Whackyville. C'mon. Don't take offense, Portland residents. I like it here. Besides, Whackyville is good for the economy. Some examples are in order. 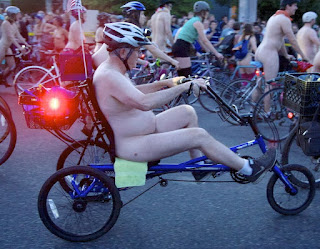 I just missed the 11th annual World Naked Bike Ride last month with almost 10,000 participants where cyclists gathered in a park an hour before the ride, shedding garments. There are 75 cities around the globe participating in 20 countries, but Portland has the most participants. Someone interviewed in the crowd said the naked people were protesting oil dependency. Thus, bikes are big here. Real big. 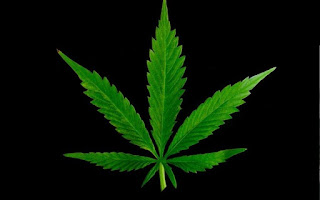 And then there's the pot. Cannabis is legal to buy here. I saw 3 pot stores on my way from the airport to my son's house.

These are the rules:

Ever hear of Voodoo Doughnuts? They have their own website--voodoodoughnut.com. One person told me that on the weekends, a lengthy line exists around the block in downtown Portland for anybody wanting a Voodoo Doughnut. The only other place they're sold is Denver (where recreational pot is allowed, too. Just sayin'. Munchies, anyone? Anyone?) They have the regular kinds like glazed and powdered, and then the other kinds, like Old Dirty Bastard, Grape Ape, Gay Bar, Tex-Ass, Cock-N-Balls, Memphis Mafia. Hey. Don't even try to guess. Go to the site!

Then there is the Summer Fair presented by the Oregon Cannabis Association (I should stop giggling and fit in like I'm from here), and the Mermaid Parade to celebrate water, and to quote the advertisement, "and the living culture of professional mermaid entertainers [mermaid entertainers--really?] now thriving in Oregon and throughout the Northwest who help to bring the magic and mythology of water myths to people everywhere," and 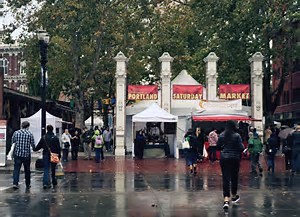 the majority of natives don't use any umbrellas when it's pouring. If they don't have a hood, they just get wet. Really sopping wet. One Portlander said in Reddit, "The argument against umbrellas in Portland is that the heaviest rain here often comes in sideways with a lot of gusty wind. At those times an umbrella 1) won't offer very much protection 2) might get blown inside-out 3) could be a hazard to other pedestrians as it gets blown around." OK, then. Frizzies for me.

I'm going to get immersed in Portland culture, besides going to the naked thing next year, having some weed, and eating a Voodoo doughnut after munchies set in. I'm re-inventing myself. Peace out.
Posted by Joyce Hoffman at 9:47 PM 8 comments:
Email ThisBlogThis!Share to TwitterShare to FacebookShare to Pinterest

ALERT: Millennials Are Prime Candidates for Stroke, Too

Who's known as Generation Y or Echo Boomers, born between 1980-2000, totally immersed in a world of digital technology, the largest generation in western history since the1930s, were the number one reason why Barack Obama won the Democratic nomination during the primary season, focus on larger societal needs rather than individual ones, are mostly liberals, favor the legalization of weed and same-sex marriage, are non-religious, impatient, and adventurous?

Answer: Welcome to the world of Millennials.

Oh. One more thing. More Millennials are having strokes.

So if you're one of the millennials, put down your damn iPad or iPhone or whatever techie-toy you use and read this f***ing post. If you don't read it, and that goes for parents and relatives and friends of millennials, that's just pure stupidity.

An analysis of Millennial strokes in Scientific American, reported by Dina Fine Maron one month ago, finds this trend differs, depending on where one resides and depicted in the graph below. The South has most; the West has least. Big cities has most; rural areas has least.

Yes, it's true. A growing body of research indicates strokes among U.S. millennials—ages 18 to 34—have climbed significantly in a little more than the last decade.

The investigation used data from the U.S. Department of Health and Human Services’ Agency for Healthcare Research and Quality (AHRQ) and discovered the hospital stroke victims' discharge data increased from 2003 to 2012.

Furthermore, a study published earlier this year in JAMA Neurology concluded that there was a 32 percent uptick in women stroke survivors in the 18- to 34-year-old range and a 15 percent spike for men in the same range from 2003 to 2012.

With Scientific American's analysis, they decided to research further to investigate whether the stroke trend differed by areas.

Ralph Sacco, president of the American Academy of Neurology, said, “There has been mounting evidence from different studies suggesting that even though the incidence and mortality of stroke is on the decline, the rates may not be dropping quite as much—and even [may be] increasing—among younger populations. The reasons for these trends are not entirely clear but there are concerns about obesity, diabetes and physical inactivity having a greater impact in younger stroke victims.” Drug use, he said, may be another factor.


Moran reported earlier analysis from stroke expert Mary George and colleagues at the Center Disease Control and Prevention found stroke risk factors such as obesity, smoking and hypertension are escalating among younger adults.

“I think this data is consistent with other data, and so whenever you have replication consistency across different data sets we begin to take it seriously,” Sacco adds. “I think the fact that we see this trend across all regions, and that we see the amount of relative increase for hospitalizations rising for stroke, is alarming.”

In 2012, Dr. Brett Kissela, professor and chair of the Department of Neurology and Rehabilitation Medicine at the University of Cincinnati, specializes in factors that influence stroke outcome, including diabetes and drug use among the younger adult population. The study was supported by the National Institutes of Health.

"The rising trend found in our study is of great concern for public health because strokes in younger people translate to greater lifetime disability," said Kissela. He added that "younger adults should see a doctor regularly to monitor their overall health and risk for stroke and heart disease.”

That said, if you know any millennials, share this post with them, providing an opportunity for them to stay healthy.  Stroke is a bitch. Take it from somebody who surely knows.

Posted by Joyce Hoffman at 8:42 PM 4 comments:
Email ThisBlogThis!Share to TwitterShare to FacebookShare to Pinterest

...And More: The Tales of a Stroke Patient Is Expanding

In a dialog between Rebecca (who overlooked her husband's birthday and who's pregnant with triplets, in the famed This Is Us, the second season coming in September on NBC) and a liquor store owner, Teddy:

Rebecca: Hi. I need to make a fancy chocolate almond cake as fast as humanly possible. 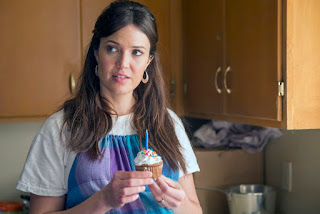 Rebecca:  I know. But the sign said Liquor and More. So where's the more?

Rebecca, on the advice of Teddy, buys a banana-nut muffin instead and Twinkies to squeeze out the insides. So the liquor store "and more" is exactly what this store is.

Babies and More, Mufflers and More, Signs and More. The "and More" is used like et cetera, but a small number of people (I'm being kind here) may not understand et cetera, coming from Latin which nobody speaks anymore except clerics but good for a higher score on the SATs, an expression that is used in English to mean "and other similar things."

But everybody understands "and More." So I'm changing the original title of my blog from "The Tales of a Stroke Patient" to read "The Tales of a Stroke Patient and More." Yes, I have opinions with most of my brain left. I started a second blog, "As Joyce Hoffman Sees It," and then realized later the "and More" tacked onto the original title would be just fine, allowing me to write about anything, like Donald, energy, Donald, abortion, Donald, refugees, Donald, taxes, Donald, marijuana, um, et cetera.

I'm delighted to inspire and educate folks with my posts about strokes, but I want more. And so do you. So every once in a while, I'll write something that has nothing to do with strokes. Where's the more? You may be looking at it soon.
Posted by Joyce Hoffman at 3:28 PM No comments:
Email ThisBlogThis!Share to TwitterShare to FacebookShare to Pinterest 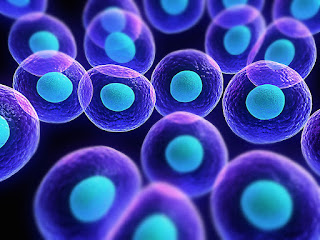 When I wrote the first stem cell research post (http://stroketales.blogspot.com/2013/03/stem-cells-embryonic-and-otherwise-aka.html), I was skeptical. The Big Maybe Not, I said. But I am less so now. Most of the scamsters and shysters who claimed to have stem cells have been arrested or are purposely missing. There's something afoot and it means possible dis-ability for so many of us who are brain injured.

The most recent news came in June of this year from the 15th annual International Society for Stem Cell Research (ISSCR) meeting in Boston. The group included more than 4,000 stem cell scientists, bioethicists, clinicians, and industry professionals from over 50 countries who discussed the latest discoveries and technologies within the field, and how they are advancing regenerative medicine, including stem cells and cancer, disease modeling and organogenesis, gene editing and gene therapy, and potential breakthrough therapies currently being tested in clinical trials.

Said ISSCR president Sally Temple, “Discoveries are moving forward quickly, with developments that are changing the way we view and treat disease. That has tremendous implications, not only for scientists, but also for regulatory bodies, industry, and patients.”


In addition, prior to the meeting on June 13, a Public Symposium organized by the Harvard Stem Cell Institute (HSCI), was held as well in Boston. It was advertised as “Innovation, Incubation, Investment: The Landscape of Stem Cell Research in Boston,” and featured local leaders in the stem cell community.

Then about one year ago, Sonia Coontz, who had a stroke in 2011, recovered her right side in a Stanford clinical study in 2016. Injecting human, adult stem cells directly into her brain, along with other chronic stroke patients, proved not only safe but effective in restoring motor function.

Now 36, Coontz, said, “My right arm wasn’t working at all. It felt like it was almost dead. My right leg worked, but not well. I used a wheelchair a lot.”

After her surgery, "they woke up,” she said of her limbs. The promising results set the stage for an expanded trial of the procedure now getting underway. Dr. Gary Steinberg, who has more than 15 years’ worth of experience in work with stem cell therapies for neurological indications, is the research paper’s lead and senior author.

“This was just a single trial, and a small one,” cautioned Steinberg, who led the 18-patient trial.

“It was designed primarily to test the procedure’s safety. But patients improved by several standard measures, and their improvement was not only statistically significant, but clinically meaningful. Their ability to move around has recovered visibly. That’s unprecedented. At six months out from a stroke, you don’t expect to see any further recovery,” said Steinberg.

There's more. A recent study involved donor stem cells grown in the lab and delivered through an IV to stroke patients. Dr. Ken Uchino, a stroke neurologist at The Cleveland Clinic, said, “The stem cells are believed to change the immune response of the body to the stroke. And it will turn down the immune response so there is a better healing environment.”


The study involved 129 patients, half of whom got the stem cells, and half the placebo. The study discovered the patients who got the cells within 36 hours of stroke onset had less disability and more mobility after stroke.

Check out new studies at www.clinicaltrials.gov. Put "stem cells" in the search bar and away you go.

The Big Maybe Not has turned into The Big Maybe So.
Posted by Joyce Hoffman at 11:08 AM No comments:
Email ThisBlogThis!Share to TwitterShare to FacebookShare to Pinterest
Newer Posts Older Posts Home
Subscribe to: Posts (Atom)