Sex and the Stroke Survivor: A Case of Futility?

I knew I had to write about it. I'd been thinking about getting something done on the laptop for over a year, but every time I sat down to write about it, I'd think about some other topic. And then the brochure came. So now's the time. This is the best I've got.
-------------------
Stroke Connection magazine just published a glossy, comprehensive brochure entitled, "Living with Disability After Stroke," and I was sure that the "s" word was in it.  (All right, sex, ok?) But it wasn't. I didn't understand how they, meaning the writer, editor, somebody, could have left it out. I did some research to find the reason why.

I found out that no one took the blame for omitting the topic, but most people who have partners think about sex post-stroke, or rather the guilt in not satisfying the other half, (not necessarily the better half. Just sayin'). The most common question in my email asked by stroke survivors is, can it even be possible to have the feelings about sex like I did before the stroke.


The National Stroke Association says, "The need to love and be loved, and to have the physical and mental release sex provides, is important. But having sex after stroke can present problems or concerns for you and your partner." The article goes on to say that lubrication, incontinence, and indifference are the top three.

To me, the Intimate Rider looks like a beach chair and an army cot at the uncool price of $365, but if buying it gets you in the mood....

Then there's the Positioning Support Strap--$16--that "alleviates some of the pressure from your back and will bring you even closer to your partner as you enjoy the IntimateRider. Simply wrap the strap around the hips of your partner as she waits for you on all fours."

Huh? A bit of sexism? Who says she wants to wait for you on all fours? Maybe he'd be on all fours.

Anyway, you could always improvise the Positioning Support Strap with a Thera-Band strap used in physical therapy, without mentioning the real reason. Make up something, like you want a Thera-Band strap to tie up your dog at night. Be brief about it, but go ahead. You can do it.

Seriously, though, sex after stroke may present insurmountable problems, like:
* inability to move into positions that are comfortable, or
* erectile dysfunction where Viagra doesn't work, or
* fatigue, common in stroke survivors, or
* "not sexy" incontinence getting in the way, or
* depression, the feeling-blue syndrome, or
* decreased libido where you're never in the mood for the time being, or
* fear of another stroke.

There are plenty more.

If you're having problems, talk to your partner, but oftentimes, that's not enough. There could be shame or guilt or neglect on the part of one partner or the other. If any one of the three surfaces, go and seek help for it, assuming the two of you want to get help. A psychologist who specializes in sexual malfunction wouldn't be a bad place to start. The two of you have to go. One of you just wouldn't work. Ever.
Posted by Joyce Hoffman at 11:31 PM 6 comments:
Email ThisBlogThis!Share to TwitterShare to FacebookShare to Pinterest

Thoughtless Person: You Didn't Finish the Book YET? Stroke Survivor: No, Dumbass. Remember? I've Had a Stroke!

Reading is to the mind what exercise is to the body. Joseph Addison
Read more at: http://www.brainyquote.com/search_results.html?q=reading

John Addison (1672 –1719), the essayist, song writer, playwright, and diplomat, is famous for that quote about reading: Reading is to the mind what exercise is to the body. Truth be told, there wasn't much to do in that time. Sometimes, just for a few seconds, I would have liked to be part of that generation, where reading and writing and speaking were the high points of the day. People were smarter back then. Just look at the Constitution and the Declaration of Independence! But I digress.

Back to the point, I always read slowly, absorbing and silently verbalizing every word, not wanting the book or reports to ever end. About a month before I had a stroke, I wanted to take up speed reading. But work piled up even more and I never got around to it.

Seven years later after my stroke, I read an article in Lifehacker,  written by Thorin Klosowski, who reviewed speed reading methodologies. Klosowski concluded that "speed reading anything you need to truly comprehend is probably a bad idea. However, if you have a few documents you need to get through or you're reading something that isn't that important, these methods can still be worthwhile. Just know that you won't become a super-fast reading comprehension machine."

So I gave up the notion and was satisfied with my 350 words per minute which, as it turns out, falls within the range of normalcy, especially grateful that my double vision post-stroke disappeared within five weeks. But not everybody is so lucky when it comes to the written word, and the trouble comes about mainly from dyslexia or aphasia in stroke survivors. And my point being, both of them affect reading.


Dysarthria is garbled or unintelligible speech.

Source: HealthTap, https://www.healthtap.com/user_questions/2247I might offend the speech and language out there in severely minimizing the descriptions of each, but I'll proceed anywaDysarthria is garbled or unintelligible speech

Dyslexia, also called associated dyslexia or alexia, occurs often in reading when the brain's ability to read is disrupted by the size and location of each individual stroke, even when the writing ability remains intact. The process of paying bills and following written instructions, for example, are often followed by increasing anger and frustration. A dyslexic individual would see letters in different shapes. To compensate, many individuals use audiotape resources, but the process of reading recovery is complex, depending on the severity and location of the stroke.

Aphasia is damage to the language areas of the brain. The three major kinds of aphasia are:

Wernicke's Aphasia where stroke survivors often have difficulty with understanding speech and may not be cognizant of saying the wrong words. Reading and writing are often majorly affected.

Broca's Aphasia where the stroke survivors' speech are limited often to less than five words, but they may be able to understand speech and be able to read but have difficulty with writing.

Global Aphasia where stroke survivors lost the ability to read and write. It is a result of substantial damage to the language areas of the brain.

Whatever the case, Speech and Language Therapists (SLT) could help. Make sure you go and visit one for diagnosis and remedies. Without reading, you may be lost forever if you don't seek out advice. Call your local hospital to start your journey to find a certified SLT. You have much to gain and nothing to lose.

Posted by Joyce Hoffman at 1:14 AM No comments:
Email ThisBlogThis!Share to TwitterShare to FacebookShare to Pinterest

Religion, Spirituality, and Chronic Illness: Do They Really Make a Difference in Recovery?

This is one of those posts that transcends beyond stroke survivors. In fact, it's my first. So welcome diabetics, cancer patients, heart anomalies and, of course, stroke survivors. There are certainly more. This post asks the big question: Do religion and spirituality really work to make your condition, or someone you know, or someone you read about, more tolerable, improved, or completely erased? 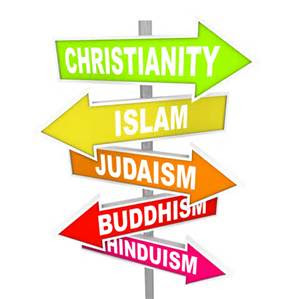 Dr. Larry Dossey, an Internal Medicine specialist, says in the Huffington Post, religion is the ordered set of beliefs, behaviors, and practices in a group of similar-thinking people. Spirituality is different in that it links to a higher power of another nature, sometimes nature itself. Not all religious souls are spiritual, nor are all spiritual people religious. But they both recognize prayer as transmission to whoever is out there, whether it's God, Jesus, Buddha, Allah, among others, or simply the universe at large.

"Compelling evidence suggests that those who follow a spiritual path in their lives live several years longer than those who do not follow such a path, and that they experience a lower incidence of almost all major diseases," says Dossey.
So to follow that line of thought, do prayers matter? Research, including my own, says prayers go hand-in-hand with positive thinking. I see it on Facebook all the time: please send your prayers to my child with leukemia, please pray for my brother who had a head-on crash, and so on. I started thinking, those are people of faith (the ones who live longer), who really believe that prayers help. 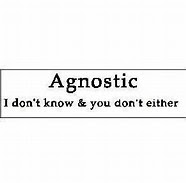 That way of thinking is infectious. Now I sort of do, too. But not completely. I have become an agnostic, (or not knowing if God exists). How could I get a stroke, for example, if God looked out for me. To that, others counter, everything happens for a reason. That is why I'm on the fence, but the everything-happens-for-a-reason people are tipping the scale. But then again, who am I to say. I believe that my father is my guardian angel, for cryin' out loud. But I digress.

In an article published in an issue of Mayo Clinic Proceedings, Mayo Clinic researchers reviewed the relationship between religion or spirituality (or both) and its tie to any sort of recovery. The researchers found "a majority of the nearly 350 studies of physical health and 850 studies of mental health that have used religious and spiritual variables, that religious involvement and spirituality, are associated with better health outcomes."

In a recent segment on Good Morning America, Dr. Richard Besser, ABC News's Chief Health and Medical Editor, said practicing a religion may be good for your health where medicine and faith often intersect.

Says Besser, "Lester Breslow, a true pioneer in public health...[conducted a study] with Professor James E. Enstrom of the University of California, Los Angeles, and showed that the life expectancy of Mormon men was almost ten years longer than that of the general population of white American males. Female Mormons lived between five and six years longer than their general population counterparts."
The pair also found the introspective nature of religious services can lower stress and foster love, forgiveness, hope, and optimism, which leads to a positive outlook on life.

The University of Maryland conducted a study and found that 67% of the specialists were praying for a patient. Compared to patients who were not prayed for, patients who were prayed for showed improvements in the paths of their illnesses, and fewer complications and deaths.


A clinical study at Duke University found that patients who attend religious services tend to have better outcomes, like immune function. In another clinical study of 232 adults who were 60 years or older and who underwent heart surgery, religious patients were "3 times less likely to die within the 6 months after surgery than those who were not."

Also, Randy Travis, that Hall-of-Famer country star, had a stroke recently. His wife, Mary, professed, "They really said there was no hope; go ahead and pull the plug. I went to his bedside and I said, 'Baby, you've got to give me some more fight.' And I knew that he had a little talk with Jesus, because he squeezed my hand, and a little tear fell down," she continued. "And I knew that he wasn't through yet." More prayer, I imagine.

Enough? I may not know if God exists, but I'm leaning toward the positive side that He does. As my grandmother used to say about anything, "It couldn't hurt. So try." I'm going to join a congregation as my first step toward worship and then we'll see where it goes. While I'm there, I'll pray for others and, truth be told, a little for myself.
Posted by Joyce Hoffman at 12:17 AM 4 comments:
Email ThisBlogThis!Share to TwitterShare to FacebookShare to Pinterest
Newer Posts Older Posts Home
Subscribe to: Posts (Atom)