Go to Hell, Black Friday! aka The Top Ten Things I Am Thankful For On Thanksgiving 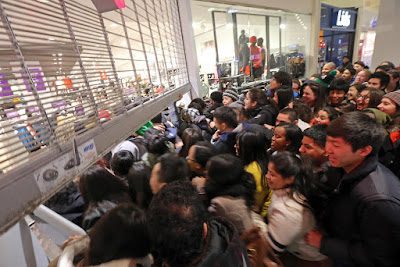 Right around this time of year, I often write about the misadventures of Black Friday, but I've finally learned not to participate because as a stroke survivor, I have fears of getting trampled or shot or assaulted, though it's not without basis, and one of so many stories.

Here's an example that occurred in 2011 as reported by the Huffington Post that game me pause. "A Black Friday shopper who collapsed while shopping at a Target store in West Virginia went almost unnoticed as customers continued to hunt for bargain deals. Walter Vance, a 61-year-old pharmacist who reportedly suffered from a prior heart condition, later died in the hospital. Witnesses say some shoppers ignored and even walked over the man’s body as they continued to shop." (Want to see more? Go to http://blackfridaydeathcount.com. You might be Amazon shopping this time forever after!)

Anyway, this time I am posting about what I am thankful for on Thanksgiving (in that partially made-up story about the Pilgrims and the Indians whose land we stole even though the Indians were here first. Just sayin'). Make no mistake. Those who know know me realize that my life had given me tough times, some necessary detours, to get around the shit tossed my way, and this is not a time, meaning never, to elaborate. So here are the top ten things for me to be thankful for.

1.  I am grateful that I am alive. I was close to death 8-1/2 years ago, with no thanks to my hemorrhagic stroke, but here I am, getting up and dusting myself off when another piece of crap goes flying my way. Why am I here still? As my son says, you're too annoying to die. Granted, I am pushy, and with that comes the will to live. And positivity is a part of that attitude. But the overwhelming positive side, truth be told, is, if I wasn't laughing, I would be crying, making my baggy eyes even baggier. So every day, I make a concerted effort to wake up happy, even if I'm not, because who wants to waste all that energy on being negative. (Sorry for that, but that's what's called an interior rant, aka stream of consciousness).

2.  I am grateful for my 2 sons (who shall remain nameless) who give me thoughtful insights at times when I most need it. I give them thoughtful insights, too, with the response always being, "Mom! Don't try to FIX things! You're meddlesome!" They say I am controlling, and maybe I am, less so as the years go forward. But I know they heard me and will think about my words, often later taking my suggestions. I don't say a word.

3.  I am grateful that I learned about a year ago how to successfully (the operative word) tie my shoes one-handed. This procedure, too, was borne of necessity. There just isn't somebody around at times. Video forthcoming in YouTube.

4.  I am grateful that I learned that the best Personal Assistants anticipate my needs without my saying, "Could you...." The only two that showed up for the interview in Speedboat Coffee in Portland (I was expecting eight) were Norma and Joyce #2. I couldn't ask for better. I often say, "Thank you! Thank you! Thank you!" And I mean it.

5.  I am grateful that I learned, through my weekly sessions in counseling, not to live in the past. The sessions went on for about three years. I'm a slow learner, meaning I'm bright yet stubborn, and it took a lot of time for my counselor to break through the barrier of obstinance. Great work, T.

6.  I am grateful that I learned that I shop online just to make me feel better. Amazon Queen, they call me (not to be confused with Queen of the Amazons, a 1947 flick where a woman's husband has disappeared on an expedition into the jungle and she discovers that he has been captured by a savage female tribe. Campy, right?) After many procedures and an operation, not counting the two upcoming this month, what's wrong with a little shopping therapy! It's cheaper than "talk" therapy and at least I enjoy the online trip with laughter and total glee without ordering needlessly.

7.  I am grateful that I learned that I like a lot of plants. I mean, OBSESSIVELY A LOT! Around twenty in front of an almost floor to ceiling, three-paned window. I'm allergic to cats and I can't walk a dog, plus birds are too much work, and fish don't do it for me. But my maternal instincts are still in play, so I take care of plants. Rather, my Personal Assistant waters them, feeds them, and gathers errant leaves that have somehow fallen off. I just watch them, keeping a loving eye on the plants that never move.

8.  I am grateful that I learned about the iPhone, more than just texting and clicking an app to activate it. Katie and Jody in Pittsburgh taught me so much and now Norma and Joyce #2 have taken over. But I'm grateful also that I can text with one hand. Life is good. I got the iPhone later than most people. Read about it in my post from 2015: https://stroketales.blogspot.com/2015/01/why-i-still-have-flip-phone-aka-i.html

9. I am grateful that I am never once bored in my apartment. Between writing, reading, and going to the refrigerator or kitchen cabinet to give me an excuse once an hour to stand and move, sometimes often without hunger, I keep busy. See my post about sitting too much: https://stroketales.blogspot.com/2013/07/the-5-ws-and-h-of-getting-up-and-moving.html

10. I am grateful that I am not associated in any way with Donald Trump, Louis CK, Kevin Spacey, Harvey Weinstein, Bill Cosby, and scores of others, some of them still yet unknown, who brought shame upon themselves and anger, tears, and painful memories to their victims.

Now that we ended on a bad note, let's get back to the point. So tell me, dear reader, what are YOU thankful for? Write in the Comments section below. And Happy Thanksgiving!

Posted by Joyce Hoffman at 4:15 PM 8 comments:
Email ThisBlogThis!Share to TwitterShare to FacebookShare to Pinterest

Stroke Survivors Alert: The Way to Nap, aka It's Siesta Time! 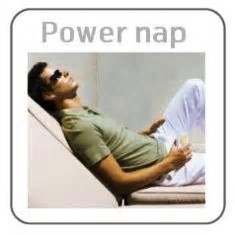 Cornell University social psychologist James Maas coined the phrase "power nap." Just 15 or 20 minutes each day, sometimes twice a day if your day is long enough, will give you new-found energy. The reason for just 15 or 20 minutes is, any longer and it will make you groggy because your body will ultimately fall into deep sleep, and waking up during a deep sleep stage makes no sense.

The CDC says (if it isn't sleep disturbances such as nightmares from the medication or leg spasms that go on and on and, yes, on), more than one third of us are sleeping less than the recommended 7 to 9 hours each night.

"The power nap is a godsend," Dr. Maas added, sleep expert and past chair of the Psychology Department at Cornell University. "If you want to nap longer, make sure you have a solid 90 minutes. That'll allow you to get through a full sleep cycle, so by the time you wake up, you'll be back in the lighter stages of sleep and able to get up and actually feel refreshed."

Dr. Rachel Salas, associate professor of neurology at Johns Hopkins, says, "Humans have a normal, natural dip, in our circadian rhythm, in the afternoon. That’s actually prime time to take a nap." Especially that post-lunch energy crash, she adds.

Many experts say make the surroundings as dark as possible and use earplugs or even download a white noise app from your phone. Salas recommends an eye mask, too, because light can pass through the eyelids and still be disturbing your ability to take a nap. 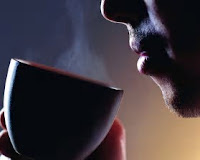 The "coffee nap" has been talked about, too. The thinking is  if you drink a cup of coffee, set your alarm for 15 or 20 minutes, and take a power nap, the coffee takes about 20 minutes for caffeine to absorb into the body and then you're prepared to awake.

But Maas says, "Anybody with insomnia should never power nap, because it's going to make it worse. If you're having trouble going to sleep at night or have disruptive sleep where you're waking up in the middle of the night, the first thing you have to look at is if you've been napping during day."

That recommendation also applies to sleep apnea. "Even a short nap can be unrefreshing if the quality of the sleep is disrupted by apnea," says Maas, who suggests seeing your doctor or a sleep specialist to rule out any underlying sleep disorders.

My problem was, I'd gotten into a bad habit. Because my Personal Assistant liked to sleep in, I started awakening at 11am and nodding off at 4am . Now I know better. Even if it's a 2-power nap day, I go to sleep at 11pm and arise at 7am. It was a hard transition getting to be an early riser--it took me about 3 weeks, but it was worth it. Carpe diem!