The Reason I Had a Stroke: Protein S Deficiency, aka Lousy Genes Will Get You Eventually 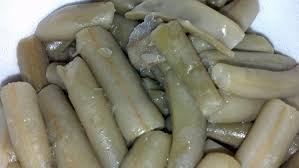 My mother, bless her deceased soul, used to have her favorite vegetable at dinner for us most of the time: overcooked string beans, and I, following in the tradition of my mother, use to serve the same thing when I married, dried out and sorry-looking green beans that looked as if they had died last week.


Anyway, overcooked string beans provide little, or none, of the beneficial nutrients. And I ate them, too ignorant of nutrients as a child to care. As an adult, I tended not to have vegetables, except those overcooked green beans, always on my shopping list. So I developed Protein S deficiency, unknowingly to put me right in line--eventually--for a stroke. I was not aware of that deficiency for 55 years.

Medscape's Mohammad Muhsin Chisti, MD, says, "Protein S is a vitamin K–dependent anticoagulant protein that was first discovered in Seattle, Washington in 1979 and arbitrarily named after that city. The major function of protein S is as a cofactor to facilitate the action of activated protein C.

The National Institutes for Health (NIH) Joshi and Jaiswal said, "Protein S functions as a cofactor of activated protein C. Its deficiency is a rare condition and can lead to deep vein thrombosis, pulmonary embolism or stroke. Protein S deficiency manifests as an autosomal dominant trait." [Explanation needed: To have an autosomal recessive disorder, you inherit two mutated genes, one from each parent. These disorders are usually passed on by two carriers.]

On the other hand, if you really know of those S and C deficiencies, wouldn't you change your lifestyle a teeny bit, like eat more vegetables, raw even, and foods high in Vitamin K?

Foods rich in Vitamin K are bearable, some even delicious:
Here's another view: 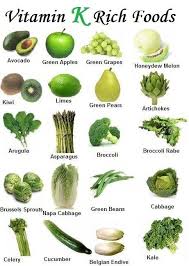 Check with your doctor and see if approval for Protein S and C deficiencies testing is do-able. Insist, even. Strokes suck in ways your wildest dreams can't imagine.
Posted by Joyce Hoffman at 12:00 PM 2 comments:
Email ThisBlogThis!Share to TwitterShare to FacebookShare to Pinterest
Newer Posts Older Posts Home
Subscribe to: Posts (Atom)