Cigarettes, Second-hand Smoke, and Even E-cigarettes (aka Vaporing) Can Give You a Stroke, aka You're Playing With Fire

My mother who didn't work used to smoke a lot, notably in the bathroom where she said smoking would hide the smell of poop. (It didn't, in my opinion). She also smoked for hours on end when she was talking to "Aunt" Eleanor, her best friend. She smoked when she sat outside at night in the 1950s and 60s with the neighbors--the Craigs, the Scotts, the Lynches, the Groffs, the Baldinos--and she smoked when she was preparing every decorative, Betty Crocker-like meal, and a few cigarettes after, because she said cigarettes were relaxing. 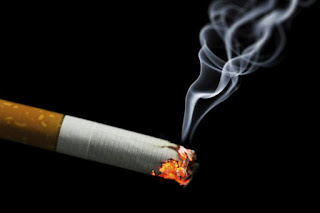 Heart disease and stroke are often glopped together because they fall into the category of cardiovascular (heart and blood vessel) diseases (CVDs).

In the United States, heart disease includes the most common type--coronary heart disease, which is narrowing of the blood vessels that carry blood to the heart. The narrowing can cause chest pain, arrhythmia (when the heart beats irregularly, too fast, or too slow), or heart attack (when blood flow to the heart becomes blocked and a section of the heart muscle is damaged or dies), or heart failure (failure to get the organs to survive because the heart cannot pump enough blood and oxygen).

Similarly, a stroke occurs when a blood vessel in the brain bursts (hemorrhagic stroke, which is the kind I had), causing brain tissue to die, or when the blood supply to the brain is blocked (ischemic stroke). Stroke is one of the leading causes of disability, or even death.

Smoking is one of the major causes of CVD and results in one of every 3 deaths. Smoking can:
Even if you don't smoke, second-hand smoke, the smoke from a smoker breathed out by burning tobacco products, harms your health, too.

Breathing secondhand smoke can cause coronary heart disease, including heart attack and stroke. I've already told you about my mother. And my father smoked cigars. I was doomed. Here are the highlights:

The most alarming news in a recent study has found that people using e-cigarettes may be at higher risk of a life-threatening stroke than ordinary cigarette smokers. 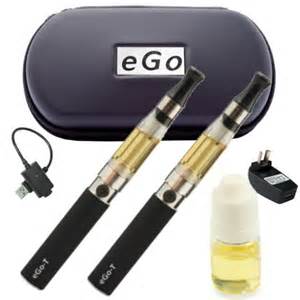 Why? Here's how E-cigarettes work. They work off of battery-power that when drawed on, aka inhaled, gets liquid nicotine into an inhalable vapor. The vapor doesn't have the chemicals and tars of addictive burning tobacco, and so e-cigarettes were initially considered safer than cigarettes.

But recent research at Johns Hopkins University used mice who were exposed to e-cigarette vapor for 2 weeks and were found to have greater nerve damage, and their lungs were less capable of fighting off viral and bacterial infections when compared to mice not exposed to the vapor.

One researcher said, “Vaping is not safer than tobacco smoking and may pose a similar, if not higher, risk for stroke severity. Stopping smoking is the single most important step you can take to improve your heart health."

The British Heart Foundation is funding research to find out "whether or not they are as safe as people think.” The devices are targeted at helping people quit smoking cigarettes, but they have been ironically called the “gateway to smoking.”

A study reported in February 2017 said that e-cigarettes may be just as detrimental for your heart as smoking ordinary cigarettes. The researchers observed that vapers were more likely to show signs of two key heart risk factors: increased levels of the hormone adrenaline in the heart and increased oxidative stress (an imbalance between the  oxygen and the body's willingness to detoxify or to repair the resulting damage).

E-cigarettes were introduced around 10 years ago and currently have about 9 million users.

The Centers for Disease Control and Prevention (CDC) reveals a shocking increase in nicotine poisoning incidents, which "can be toxic, even fatal, to children even in small doses." Additionally, inhaled nicotine increases heart rate and blood pressure, one of the major causes of stroke.

The Food and Drug Administration in a remarkable move in May 2016 administered legislation extending federal authority over e-cigarettes. "This action resulted in banning their sale to anyone under 18 and requiring adults under 26 to show photo identification," The New York Times reports.

Years ago, I was with a friend whose son developed panic disorder from smoking weed. The 22-year-old son had the presence of mind to come to my friend's house. He was lying on the sofa, almost breathless, crying intermittently, begging for help. My friend, who was his father, talked patiently and helped calm him down in two hours. For some of you, maybe talking a mental disorder through will help also, and be enough.  But start at the hospital ER if talking doesn't fix the problem. Mental conditions can be rougher than a stroke! "Head stuff" almost always is.

Years later, I wondered about mental disorders as related to stroke, and this article popped up. Under the title, Study Links Psychiatric Disorders to Stroke Risk, comes this disheartening news from National Institutes of Health (NIH), published on February 23 of this year: 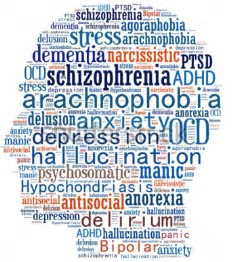 "Getting care at a hospital for a psychiatric disorder may be linked to a higher risk of stroke in the following weeks and months," new NIH research suggests.

Oh, great, another reason to worry, especially for people who already have depression, anxiety, or post-traumatic stress. Now they might have both--a stroke and one of the aforementioned. Here's what the researchers  found out.

People with mental conditions, stroke or no, possessed a triple threat of stroke--or another stroke--following their stay in the in-and-out ER or for a prolonged stay in hospital bed.

The threat of stroke began to decrease after 30 days, but "remained twice as high for at least a year after the ER visit or hospital stay," the researchers discovered.

"We have known for some time that people who have a stroke seem to be at an increased risk for later on developing some sort of psychiatric illness, depression or post-stroke psychosis," said the lead study author, Jonah Zuflacht.

Zuflacht went on to say, "But what has been less studied is the inverse of that. Meaning, if you have some sort of psychiatric illness, does it increase the risk for stroke?"


The conclusion? The ER visit or hospitalization for a psychiatric disorder was associated with a higher risk of stroke. The research team said the body might go into overdrive with a "fight-or-flight" stress response, elevating  blood pressure, a leading cause of stroke.

"The other possibility,"  Zuflacht added, "is that there are behavioral reasons at work. For example, are these patients not taking the medications they should be taking to prevent a stroke--like their high blood pressure meds--because of their mental illness?"

The study from California's Healthcare Cost and Utilization Project analyzed more than 52,000 stroke events--equally divided between men and women--that had taken place between 2007 and 2009.

The team discoved that more than 3,300 patients (or 6%) had hospital care for a psychiatric illness at some point in the year leading up to their stroke and were more likely to be female.

The risk of stroke tripled within the first 15 days after receiving mental health care and dropped slightly afterwards, but was still more than triple the normal rate of having a stroke one month out, with the risk more than double the norm through the 12-month period.

It's not surprising to me, though, and I think it's more than an increase in blood pressure. The psychiatric illnesses may result in other things, too, like increased eating of junk, aka fast, food (http://stroketales.blogspot.com/2013/04/hey-can-fast-food-in-abundance-really.html), going on alcoholic binges (http://stroketales.blogspot.com/2016/09/alcohol-and-stroke-you-may-be-just.html), or elevating your cigarette smokes (post eventually coming), all causes of stroke.