I Was Naked In The Shower With A Man...And More

That title would be something that you'd see in a tabloid. But it happened to me. Before you get all hot and bothered, let me explain. It's not you're thinking. 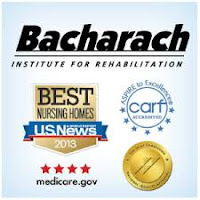 It is hot here in Portland, OR, with heat advisories for the last two weeks, and my mind is always in thought. I think about my third book, not about strokes, but about relationships. I think about the coast this coming Monday where I can enjoy the mild sun, scrumptious food, and needless though necessary shopping. And I think about my time in the Bacharach award-winning acute rehabilitation facility where I had adventures as well, mostly all wretched. I want to forget about the acute rehab, but at least once a week, there it is, in my thoughts.

It's not that I want to think about it 9-1/2 years later, but it contributed to my Post Traumatic Stress Disorder (PTSD). Take the man in the shower, for starters.

The days seemed endless because they were waking me up at odd hours to take a blood draw, or changing my IV bag for hydration, or a Certified Nursing Assistant (CNA) complaining about the shift, and on the eighth day, the nurse came in and announced that I was going to take a shower. I couldn't talk for almost a month and a half, so I couldn't protest. Looking back much later, I hadn't showered for 32 days since I had the stroke on April 8, 2009. I guess I got sponge baths in the meantime. I don't know, and at the time, I didn't care.

The nurse maneuvered me out of bed and into the wheelchair where I would transfer to the shower chair, taking the IV bag in tow. (It was accompanying me everywhere I went and the shower was no different, the nurse positioning it in front of the shower's curtain). A male CNA was helping her with the transfer, and when I was positioned, she turned the water on. I heard her laugh with the CNA about how she didn't warm up the shower before I got in.

Let's pause here. Do you the iconic movie Psycho where Janet Leigh issues a blood-curdling scream? That incident, memorable to most, was rigged by the director, Alfred Hitchcock, who turned off the hot water as she shot the scene, unknown to Leigh. That scream I uttered was like the scream in Psycho, but worse because the cold water lasted longer. 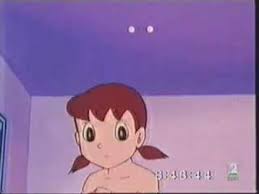 Anyway, back to the story. I couldn't wash myself, wild-eyed and PTSD'd from having gone in the shower in the first place, not to mention the whole stroke experience thing (which not only devastated me but my sons as well.  Check out this post: https://stroketales.blogspot.com/2018/02/my-sons-my-sons.html)

But soon, fully clothed, the CNA got in the shower with me and spread soap everywhere, even my "down there" region, as my mother used to say.

He rinsed me off as best as he could accomplish, and the nurse turned the water off. But I still had soap in my "down there" place and between my toes. And I couldn't talk. It was a living nightmare because I knew that soap would make me itch. And it did, two hours later.

The nurse dried me off and the CNA, dripping wet and assisting the nurse who got me back in the wheelchair, went to torment another patient, I thought.

I'll never forget her words as she breezed out of the room.

"Don't you feel better," said as a statement instead of a question.

"I feel like shit," I screamed silently, but the one thing I didn't have anymore was modesty. I fell asleep, wondering if I could change my profession to a stripper from a college professor because modesty had become a non-issue. That thought alone was deranged, but I didn't realize it at the time.

Breaking (albeit 9-1/2 years old) news: Bacharach didn't deserve that award. Protocol couldn't have been to send the opposite sex in the shower with the patient. And, oh yeah, I had become a delusional mess.
Posted by Joyce Hoffman at 2:24 PM 3 comments:
Email ThisBlogThis!Share to TwitterShare to FacebookShare to Pinterest

Quirky Personality of the Stroke Survivor: Caregivers Are the Most Important Part 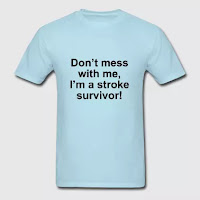 First, some background. Scientific American's Jon Stone, a consultant neurologist, writes, "Friends and relatives may report a personality change that is hard to pin down. Some of these changes, such as low mood and anxiety, are more likely to be related to a person's feelings about having a stroke than to any harm to the brain."

But he contradicts by saying (I am the critic, too), "A genuine shift may occur, however, when the frontal lobes sustain damage. The frontal lobes play an essential role in regulating emotion, decision making, and judgment."

"A stroke that hits the cerebellum," he continues, "can also trigger a personality shift. This brain region is vital to many aspects of executive function. Damage here can bring about disinhibition, which often manifests as inappropriate behavior. Other 'negative' personality changes include poor decision making, aggression, and irritability."

He also says less common are cases of “positive” personality changes, in which people reportedly become happier and even nicer. (I became more compassionate and less judgmental).

The Stroke Foundation of Australia lists changes in personality including inability to do anything, being irritable or aggressive, saying or doing things that seem inappropriate to others, and acting without thinking, and doing things that are not safe or are not appropriate. 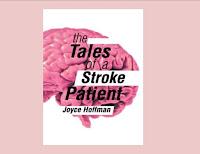 (In my book, The Tales of a Stroke Patient, I escaped from the sub-acute facility, and lived to tell about it, in search of soft-serve ice cream, ignoring safety concerns like traffic and mixed-up directions. Poor decision, right?)

In an article "The Psychology of Stroke in Young Adults: The Roles of Service Provision and Return to Work," written by Reg Morris and published by the venerable National Institutes of Health, the study is recounted that young stroke survivors have more practical and physical needs than old survivors.

Stroke survivors under 50 years of age were studied, and found that family conflict and loss of home, employment, and spousal dissension were common practical problems.

In summary:
Employment loss was rated 80%–90%.
About half of survivors had psychological disorders, mostly depression or anxiety about work, recovery, and childcare.
A quarter to a third exhibited denial, anger, frustration, or hostility.
A majority expressed problems with employment, finances, social participation, and/or sexual problems.
Frustration was a main theme found in survivors under 55 years old, for up to two years after a first stroke.
The frustration was related to fatigue that affected everyday activities and gender roles.
Invisibility and "outside the loop" centered around lack of information and consideration of young survivors, a shortage of activities for the younger survivors, and the awareness of their apparent cognitive and yet "invisible" impairments.

The austere Cleveland Clinic says the loss of a person’s former identity can result in depression, anger, and frustration which calls the grieving process, denial, anger, bargaining, depression, and acceptance, into play.
Some stroke survivors have difficulty with their communication skills following a stroke. They can be categorized in two general areas.

The first is speech disorders, says the Cleveland Clinic, and the second is aphasia, "the loss of ability to communicate normally resulting from damage typically to the left side of the brain, which houses the communication center." It may affect a person’s verbal expression, auditory comprehension, and the person's ability to read, write, and manage numbers.
"Some stroke survivors may have slurred or garbled speech as a result of muscle weakness or incoordination (called dysarthria) or motor programming of speech muscles (called apraxia)."
A Speech-Language Pathologist (SLP) will be on the scene to evaluate the patient’s communication skills and show ways in which the family can help. The SLP will also recommend any follow-up after the survivor is released from the hospital.

And finally, the most important part in this post. The American Heart Association journal, a study was published and it was named "A Quantitative Study of the Emotional Outcome of People Caring for Stroke Survivors," i.e. caregivers. 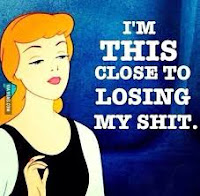 In a randomized trial, the patients and caregivers were asked to complete 2 measures of emotional distress. A "regression analysis" was used to name the factors that were associated with poor caregiver outcomes.

Fifty-five percent of responding caregivers indicated that emotional distress is common. Caregivers were more likely to be depressed if the patients were severely dependent.

The study's main goal was to help to identify those caregivers at greatest risk of poor outcomes.

I could have told you that. Hands down, every profession from street cleaners to neurosurgeons have people in those occupations that shouldn't be there. Yes, caregivers, too. You know someone who shouldn't be what they are if you really think about it.

When it comes to caregivers, they are the most important of all. They are the lynchpin to find the common ground on which the survivors' antics, if you will, are understood by family and friends.

It's all up to you, caregivers, because things happen fast in the world of stroke and other brain injuries, leaving the family and friends who come to see them, too soon in most cases,  bewildered and angry, and often times there is no source for that confusion and disarray.  It just happens. You can't blame the stroke survivor, yet many of them do.

So if you're a caregiver, DO YOUR JOB, and that means going the extra mile beyond bathing the poor soul and cooking the meals that aren't high on the priority list. Try to make sense, to the families and friends, of the stroke survivor's behavior. Or any brain-injured person, for that matter.

Otherwise, as I've said to the caregiver, more times than I'd like to count, "Get the hell out!"
Posted by Joyce Hoffman at 11:14 AM No comments:
Email ThisBlogThis!Share to TwitterShare to FacebookShare to Pinterest
Newer Posts Older Posts Home
Subscribe to: Posts (Atom)