This post is for everyone because you never know when you’ll suffer a brain injury. I had a stroke. And with that may come memory loss. I want to say I learn something new every day. In reality, I don't, but pretty close to it. Researching and completing this post over a 2-week period taught me many things about memory, and I'll share them with you. 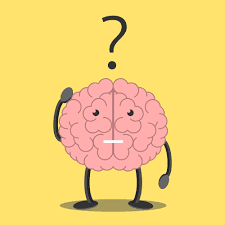 Memory is defined as: the faculty of the brain by which information is encoded, stored, and retrieved when needed, vital to experiences, and is the retention of information over time for the purpose of influencing future action.

Let's get academic for the moment if we haven’t already. This from LumenLearning:
For all those who know what part of the brain-sustained damage, and you should demand to know by asking your doctor, the following descriptions of the different types of memory will be useful to determine where your loss is according to where it's positioned. 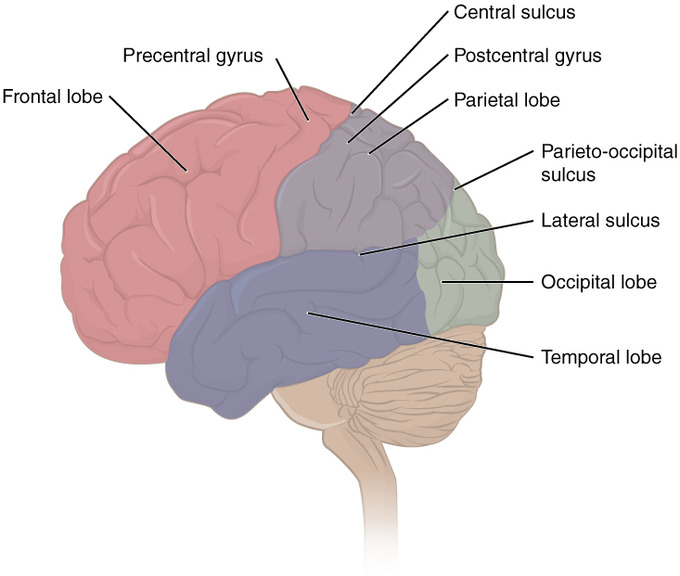 Brain part most relevant: Temporal and  Occipital lobes
The ability to retain impressions of sensory information after the original stimuli have concluded and the shortest-term element of memory through the five senses of sight, hearing, smell, taste and touch, which are retained accurately, but very briefly.

Brain part most relevant: Pre-Frontal Cortex, Frontal, and Parietal lobes
Short-term memory is followed hand-in-hand with sensory memory and allows the ability to hold on to a piece of information temporarily in order to complete a task or remember directions, for example.


(For Sensory and Long-Term Memory: The Temporal lobe is where lies the hippocampus, a small organ which forms an important part of the limbic system, the region that regulates emotions and events that happened in the past. Needless to say, it's complicated).

And this from McGill U in Canada:
In regard to long-term memory, researchers found two types:

Declarative memory, aka explicit memory, is what happens when you recall your birthday or what you recall eating last night. You can name and describe each of these remembered things explicitly.

Non-declarative memory, aka implicit memory, is like riding a bike or tying your shoelaces, where you do things, most often motor skills, that do not require the use of language.

Here's the bottom line: sensory memory leads to short-term memory which leads to long-term memory. If anything is going on where the process is interrupted, you will have some sort of memory issue.

Another study by researchers at the University of Queensland in Australia found out that, relative to short term memory, using magnetic resonance imaging (MRI) machines, people perform tasks requiring them to hold information, such as the location of a flash of light, and the PFC (pre-frontal cortex) becomes active. In terms of the sides of the brain, the left is more involved in verbal memory while the right is more involved in spatial memory, such as recalling where the flash of light happened.

So can you do anything to get your memory restored? It depends. The amount of damage is certainly important.

One study said practicing meditation, drinking coffee (albeit before 2pm if you have trouble sleeping at night), eating berries (blueberries are high in flavanoids), chewing gum (because it may improve concentration), and doing exercise (the brain is stimulated) can help improve memory. But the most important? Getting enough sleep.

A study reported on memory- challenged participants to memorize illustrated cards, testing their memory. Then they had a 40-minute break--one group napped and the other stayed awake. After the break, both groups were tested on their memory recall of the cards. Surprisingly, the group who had napped performed better, retaining on average 85 percent of the patterns compared to 60 percent for those who had remained awake.


On the other hand, the brain is the least understood part of the human body. But practicing meditation, drinking coffee, eating berries, chewing gum, doing exercise, and getting enough sleep are harmless, and one or some of those activities may do the trick.

You know what I always say: if it works, use it.
Posted by Joyce Hoffman at 8:04 PM No comments:
Email ThisBlogThis!Share to TwitterShare to FacebookShare to Pinterest

Everything Happens For a Reason? Utter Nonsense!

Once in awhile, you hear somebody say, when something disastrous occurs, "Everything happens for a reason." (And its corollary: It's a blessing in disguise. Ugh.) I used to say it, too. But now, it brings up thoughts of infants dying of SIDS, of good people having a fatal disease, of innocent folks experience a mudslide without insurance. Why would anything happen to them! 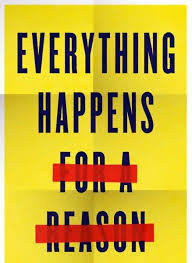 I believe in God, albeit an agnostic right at the edge, but I believe it's a random occurrence for how things shake down. It's all bad luck. Don't fool yourself. It's not "God's plan." How could it be!

Canadian philosopher Dr. Paul Thagard says, "For some people, thinking this way makes it easier to deal with relationship problems, financial crises, disease, death, and even natural disasters such as earthquakes. It can be distressing to think that bad things happen merely through chance or accident. But they do."

Adversity strategist Tim Lawrence writes, “Some things in life cannot be fixed. They can only be carried.”

Freelance journalist Nicholas Clairmont argues, "'Everything happens for a reason' is my very least favorite thing for someone to say."

The list is endless. Can they all be wrong?

The event that changed my mind forever in not saying "everything happens for a reason" was my stroke on April 8, 2009. I had low cholesterol, low blood pressure, no diabetes, and participated in none of the life choices people make to cause a stroke to happen. I couldn't have prevented a stroke anyway because as it turns out, I had "S protein deficiency" that  is a disorder of blood clotting. People with this condition have an increased risk of developing abnormal blood clots. And I had clots in every limb.

"Everything happens for a reason" was said by a friend, M, when I had the stroke, two months after.

"Look what it did! Everything happens for a reason because if you didn't have a stroke, your book [The Tales of a Stroke Patient] wouldn't have been written." 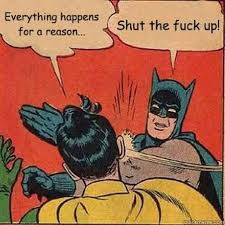 I thought, What a moronic thing to say. I am an author,  having written a book and articles before my stroke. I hid in the bathroom for about an hour, sobbing, dry heaving, and thinking she's a stupid jerk. I imagine she felt better, thinking that expression was kind, giving me cause to write, but I felt so much worse. I would write some other book.

So why even try if it's God's plan anyway? How about if you cruise through life on a shoestring budget because if it's God's plan, why bother? Those words are blasphemy to some, but if there really is God, and I think there is, why wouldn't He want the best for everyone?

These are God questions that I asked in elementary school, sixty and some odd years ago. I still have no answers about God and His plans. But "everything happens for a reason" is bullshit. I answered that 10 years ago.
Posted by Joyce Hoffman at 6:44 PM 7 comments:
Email ThisBlogThis!Share to TwitterShare to FacebookShare to Pinterest
Newer Posts Older Posts Home
Subscribe to: Posts (Atom)